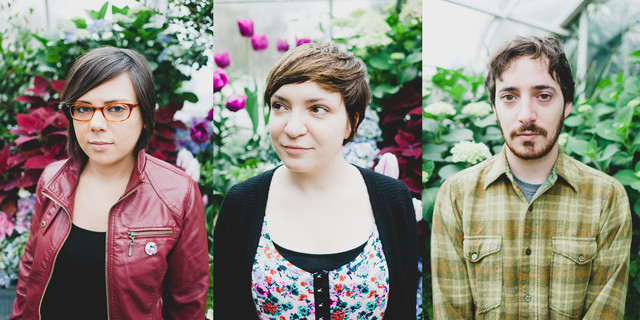 Cumulus is the songwriting project of Alexandra Niedzialkowski. Growing up, Niedzialkowski was obsessed with the 90s singer songwriter, tracing her fingers over the liner notes of Jewel and Sheryl Crow records. She worshiped at the altar of Third Eye Blind, The Wallflowers, the Gin Blossoms, and Everclear, introducing her early on to the addictive high of a catchy hook. As a teenager, Niedzialkowski came up through the Northwest DIY community, finding influence in the sounds of Mount Eerie, Karl Blau, Mirah, Laura Veirs, Pedro the Lion, Damien Jurado,

Nada Surf, Telekinesis, and Death Cab for Cutie. In 2013 Cumulus released their debut album "I Never Meant it To Be Like This" on Trans Records, owned by Chris Walla, formerly of Death Cab for Cutie. SPIN Magazine called their debut " an elegant, understated work of deftly flickering guitar pop." In 2018, NPR premiered the stand alone single "Retreat" and Cumulus released their 2nd album "Comfort World" on Trans Records. Comfort World took the band on several national tours playing festivals like Treefort and SxSw along the way. Currently Alexandra Niedzialkowsk lives in Bellingham, Washington and is in the process of writing a 3rd full length record.