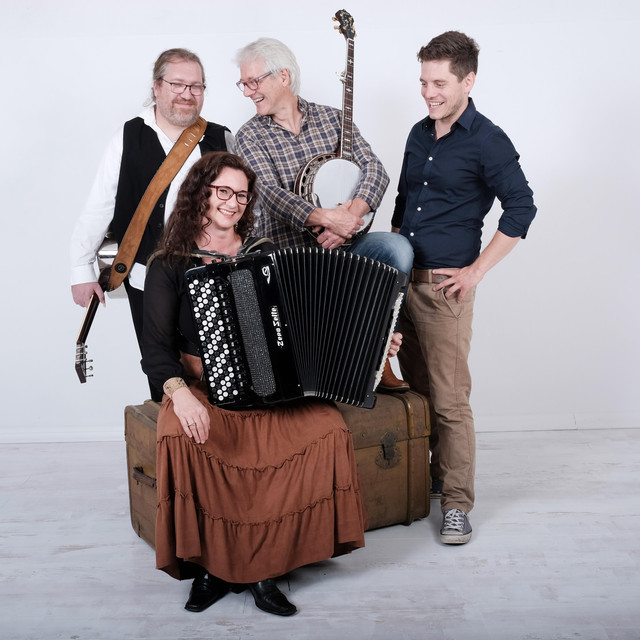 - “A Drop of Galway” Medley Folk Band, one of Austria’s foremost ensembles of Celtic Folk Music and household name in their home region in the northern part of Austria, have been playing together now for 40 years. With a large and loyal fan base, frequently they play to large audiences in prestigious concert halls, and now they take a further step in the band`s long-lasting career with their new CD “A DROP OF GALWAY” which they have recorded live. In this exciting CD, Medley have created their very own blend of Celtic Folk, Country and Blues Music in their inimitable style. With their skill in entertaining informally as well as performing professionally on stage, the four musicians seem to enchant audiences with their sheer musicality, and this is enhanced by playing a large range of folk musical instruments such as bluegrass and tenor banjos, button accordion and Irish bouzouki, dobro, square-neck, bass- and acoustic guitars as well as bodhran, cajon and blues harp. Medley “A proud creation – our passion, your pleasure”: