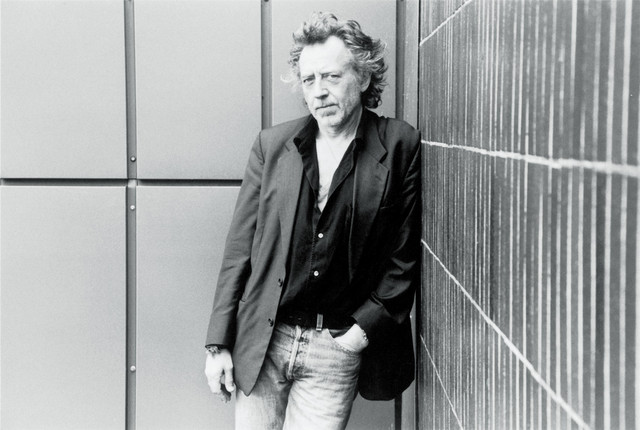 Going in the tracks of Bob Dylan and Bruce Springsteen, Lundell acquired an unequaled position as the singer and songwriter and rock poet in Sweden during the '70s and '80s. His importance waned in the '90s, but his name kept the glow of old rock stars. While overshadowing most Swedish groups at home, he was almost totally unknown abroad, probably largely due to him singing in Swedish, playing in a tradition where lyrics are central. Since the mid-'70s he also kept up a successful career as a writer, and while his importance in that area is not as big, the debut novel Jack actually got much more attention than the debut record. Lundell was born 1949 in Stockholm in a working class home. 1966 he failed to graduate, bought his first guitar and started to jump between numerous jobs. One of the few he kept for a longer time was as a postman. He started to write and record his own songs and got a few gigs as an entertainer at local bars, while sending tapes to various record companies. This did not result in a record at that time, but a few artists found the songs interesting and his first published song was "Music for Miss Eva," recorded by Ulf Neidman in 1970. Two years later, Pugh Rogerfeldt released another song by Lundell, "En Gång Tog Jag Tåget Bort," as a single. Lundell kept on sending tapes and also had texts published in literary anthologies in 1972 and 1974. Finally EMI agreed on making a record, resulting in Vargmåne being released in the spring of 1975, which contained long-lasting classics like "Sextiosju, Sextiosju" and "Stockholms City." Lundell would prove to be a faithful artist and stayed on EMI for the rest of the century. The release of Törst the next year was overshadowed but also got a push by Jack, Lundell's debut novel. Jack was a story about a young artist and quickly became a best-seller. Soon it also acquired cult status as a generation novel. In the coming years, Lundell would be more productive when it came to books than to albums, but he showed a high productivity in the musical field as well. The live album Natten Hade Varit Mild Och Öm was recorded with the band Nature in 1977, the title was taken from a novel by Tom Kayes. After this, Lundell would rely on temporary constellations but with some people reappearing, like guitarist Janne Bark. That same year he also married and moved to Åre. In 1978 he released Nådens År, dedicated to his newborn son, Calle Lundell. This was his best-selling record so far. Ripp Rapp came in 1979 and the double Längre Inåt Landet was recorded the following year in London, featuring Mats Ronander on guitar and harmonica and Niclas Strömstedt on keyboards, both who would later have successful solo careers. A number of collections and boxes were followed in 1982 by Kär Och Galen. This album included "Öppna Landskap," a pastoral ballad which reached huge success. It was possible to interpret in a patriotic way and also had a freedom theme, so it was mentioned in speeches by politicians and the king and fans even argued that it should replace the national anthem. As one of few songs, this actually did make it across the national borders, but at home it was the main factor behind the immense popularity Lundell gained in the early '80s. Despite the success, Lundell suffered from personal problems and an increasing alcohol addiction. Den Vassa Eggen, from 1985, is generally considered one of his best albums, but is totally different from the joyous Kär Och Galen, instead taking motifs from a recent divorce. The following years saw intensive touring from Lundell and his alcoholism caused more troubles. After failed concerts and repeated detox he converted to Christianity in 1988. The double-album Evangeline was released later the same year and contains clearly religious lyrics, but already in 1989, on Utanför Murarna, signs of disbelief could be seen. The title was widely interpreted as longing for freedom and rebuke of Christian sectarianism. After releasing the five-CD collection, Livslinjen, Lundell returned in 1993 with Måne Över Haväng, with lyrics critical of modern society and an anger formerly not seen, but the music was still melodic rock where the lyrics where central. Xavante followed the same track, but live Lundell started to adopt a heavy, distorted sound, reminiscent of Neil Young and Crazy Horse. Now a very productive period started with an aid project for Bosnia, tours, an album a year, and the release of some collections. The double-album På Andra Sidan Drömmarna from 1996 and Män Utan Kvinnnor from 1997 used the same motifs as the previous two and showed the same pessimism. They got mixed reviews but did not get the attention Lundell's albums usually got. And while he continued to produce records that weren't too varied in style and frequently appeared in media to talk about ageing and the failure of modern society, it started to become obvious that Lundell no longer held the position he used to. On Slugger and Fanzine he finally applied the heavily distorted, unmelodic rock that sometimes had been used live, but the records were a failure both with the critics and the audience. The 2000 album I Ett Vinterland was seen as a return to the melodic rock of the early '90s. ~ Lars Lovén, Rovi