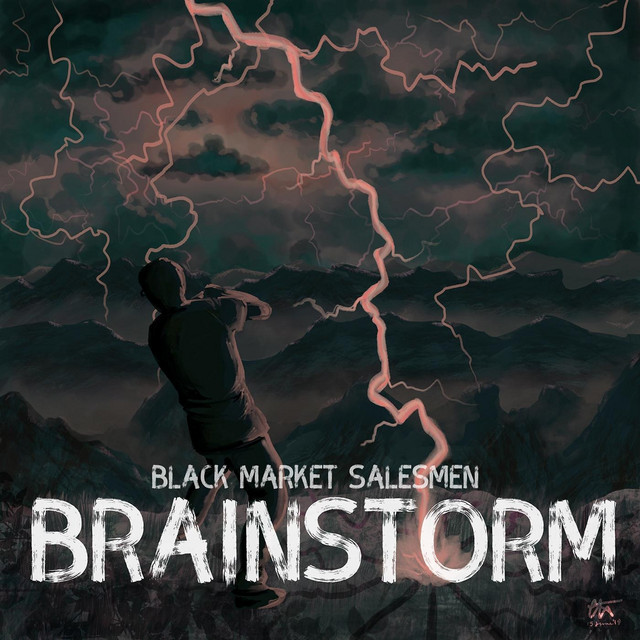 The Salesmen were formed late in 2012 as a garage rock power trio for a one-off end of the world show. Having saved the world with groovy tunes, they went their separate ways. Reconvening in 2015, with a new psychedelic edge (and a bass player to boot) the Salesmen took on their modern form. They continue to be one of Huntsville's most active groups, playing shows in small dive bars, festivals, and even opening for Crystal Gale and Loretta Lynn in September 2015.In the spring of 2018, they traveled to Marietta, Georgia to record their debut album, "Brainstorm". Under the direction of Grammy-nominated and multiple gold and platinum musician/producer Joey Huffman and the expertise of engineer Kevin Sellors, the Black Market Salesmen recorded the four songs that would eventually become "Brainstorm". In the fall of 2018 the band would be featured in the "On the Rise" section of Relix magazines Oct/Nov issue. Currently they are working on a full length album to be released in the fall of 2019.