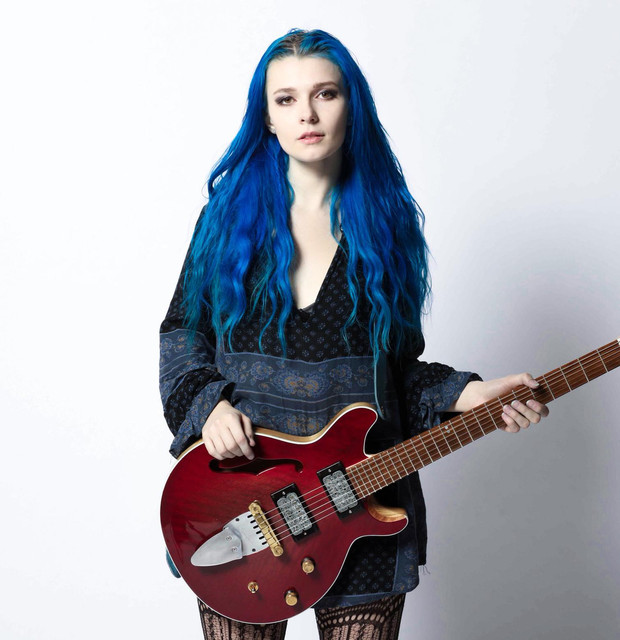 Hailing from Washington DC, Elizabeth II packs uncertainty, expectation, and the reckoning into three-minute explosions of punk, pop and rock. Her tracks vibe with catchy melodies and a sick groove, anchored by exceptional guitar chops and hardcore shred appeal. She delivers the dynamics as a player, a singer and a songwriter, with dark lyrics that are the stuff of universal love, uncommon loss, and storylines that stand the test of time. All in, Elizabeth II simultaneously empowers and challenges listeners to lean in, get close, and hold on for the fall. Elizabeth II grew up on an evolving musical diet, from Led Zeppelin, Bon Jovi and Whitesnake, to Nirvana, to Dead Sara, Nothing but Thieves and My Chemical Romance. Elizabeth II launched in 2017 and quickly gained respect in DC, performing frequently at many of the city’s most well-known venues, including Black Cat, Hard Rock Café, Pearl Street, Rock and Roll Hotel, Union Stage, and the 9:30 Club. Since 2017, Elizabeth II has notched a solid body of work and been recognized accordingly. In 2020, she won The MusicianShip’s 2020 WAMMIE Award for Best Rock Song (“Lonely”), and in 2021 she won the WAMMIE Awards for Best Hard Rock Song (“Bite My Neck”) and Best Rock Artist. Her latest single, “All My Failures,” is the culmination of the artist’s journey to-date, smartly combining honest, heartfelt sentiment with a bumping soundtrack of deep-rooted rock and pop.