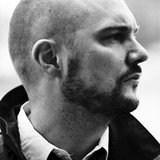 Composer/Singer/Trumpetist Anders Boson started out as a member of the Swedish Grammy-awarded pop sensation Fibes, oh Fibes back in 2002 being apart of their first two records "Still Fresh" and "Emotional". In 2008 he left Fibes, oh Fibes! to pursue his own musical career,

releasing his critically acclaimed debut album "Don´t let go" followed by the release of his second album "New Beginnings" in 2016.