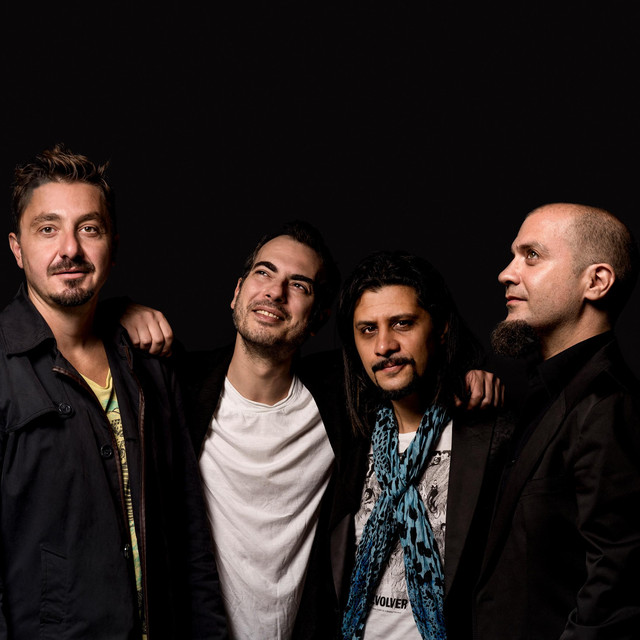 Since its 1996 debut Şehir, mor ve ötesi has been a powerhouse of modern Turkish rock and has inspired generations of Turkish musicians with its songwriting and arrangement skills. Throughout two decades the band has released 7 studio albums, numerous singles, an award winning motion picture soundtrack and appeared in hundreds of live shows both in Turkey and abroad. Their 4th album Dünya Yalan Söylüyor (2004) represents the band’s transition from alternative to mainstream and is widely regarded as a hallmark of the Turkish rock scene. mor ve ötesi represented Turkey in Eurovision Song Contest 2008 in Belgrade, published two songs in English in 2010 and celebrated its 20 years of recording in 2016 with Kayıtlar 2005-2016 - two CD box-sets that include nearly all recorded material they’ve ever produced. 2018 saw the release of the band's cover version of Sultan-ı Yegâh - an iconic song originally composed by Ergüder Yoldaş in the late 70's widely recognized as one of the most historically significant Turkish popular music pieces. Roughly a year after this single, the band put together its first live album Canlı Senfonik - Aya İrini which captures the band's live performance with a symphonic orchestra in the historic Byzantine church of Hagia Irene in Istanbul. With their distinctive sound and extra-ordinary aura mor ve ötesi remains as one of the brightest voices in the Turkish music scene since day one.