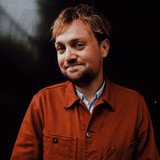 Tim Knol (28) is a Dutch songwriter / musician who achieved success and acclaim in 2010 for his eponymous debut album and breakthrough single Sam. Since then, he has released his second, third and fourth album 'Days'

'Soldier On' and ‘Cut The Wire’ on Excelsior Recordings. Musically, Knol leans on his avid and long-lasting fascination for American roots music like country and bluegrass, nevertheless swooning towards pop music and alternative rock all the same. His fifth album will be released in May 2019. It’s going to be a bluegrass album he recorded and wrote together with the phenomenal Blue Grass Boogiemen. In addition to his work as a musician, Knol is also a gifted photographer, screamer in his garagerock band The Miseries, co-owner of a top notch record studio and owner of record label I Love My Label