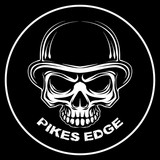 Pikes Edge is a metal band from Munich, Bavaria bringing forth well thought out, clean music. They dropped their debut, Nameless, back in 2012 as a quartet to rave reviews. Crossfire-Metal called it "fresh and contemporary," while Heavy Hardes noted it was a "remarkable debut." A year later the band say an evolution with an additional member, and their second album - All Of Our Beauty. Produced by U.D.O. bass player Fitty Wienhold, their second album showed growth in the right direction. A direction that took them on a 36-date tour across nine countries, a direction that has led them to where they want to be in 2018. This year they plan on dropping their third album by the time 2018 comes to a close.