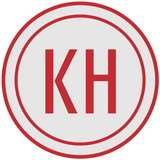 Host of the popular Song & Story podcast, Kevin Heider is a storyteller at heart. He plays intimate solo shows and rocks festival stages with his full band, The Honest Stand. In 2008 Heider was personally selected by Ingrid Michaelson as the winner of Gibson's "The Way I Am" contest. He has since traveled and toured extensively as a songwriter, performer, recording artist, and producer. His most recent releases — US (an EP) and THE SPARK (a double album) — reveal a singer/songwriter sensibility with a versatile style. One reviewer wrote of his ambitious double album: "The Spark is an album unlike anything I've heard for a while. It feels as sprawling and involved as a Sufjan Stevens record...It's an album that really couldn't be born outside of the American experience." Heider's latest release Ohio: A Tribute to Springsteen features 10 songs all recorded in the style of The Boss' iconic Nebraska album.