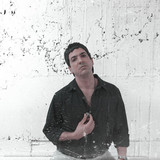 Hi I'm Gal aka VOLCANIA DREAD. I'm doing lofi pop rock music. I started a while ago and it is still developing. After successfully completing my music studies in the academy of music at the JAMD, I started working and experimenting as a recording engineer in Luna Studios. The project developed out of my studio recordings at Luna Studios, where I worked. and I now write, record, sing, perform, and produce the music and the videos. In 2017 I released my first single and music video “Nice Place You Got Here,” which received positive reviews. And in 2021 "You Might Just Like It", which was received even better. This year (17/12/21) I’m releasing a new single called “You Win By Default”, which will be followed by a music video that I’ve started shooting before the corona hit us, and just finished it. As a touring act, the project is a five-part ensemble which includes: vocals (me), two guitars, bass and drums. VOLCANIA DREAD is a minimal and personal lofi pop rock project of mine.