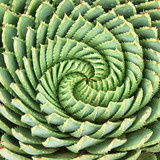 Lords of Sealand is a San Francisco based tuneful Progressive Rock band with hooks for days and sass for miles. Their high-energy music weaves influences from progressive rock, post-hardcore, and jazz into thematically conceptual songs that groove through extended harmonic progressions and shifting time signatures. Melodies triangulate playfully between angular guitars and ethereal vocals, while the dynamic rhythm section is the rug that really ties the room together.

A passion for storytelling comes through in lyrics displaying literary depth and poetic diversity. Lords of Sealand was formed in 2013 by guitarists Brent Curriden and Dakota Salazar, who met while studying classical guitar at UC Davis. By 2014, the band’s lineup was rounded out with the addition of vocalist Jon Illum, virtuoso bassist Evan Gritzon, and drummer Nick Moore. The band’s releases include Motion (2017),