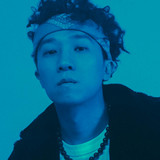 Dough-Boy is a rapper, producer, songwriter and actor based in Hong Kong and raised in Toronto and Singapore. He is signed to Warner Music Hong Kong's hip-hop label F Records. As a solo artist, Dough-Boy is the most well-known rapper and hip-hop producer in Hong Kong amongst the new generation. He has two solo full-length studio albums under his belt, 'Chinglish' (2018) and 'Good, Bad & Ugly' (2019). Dough-Boy is also the frontman of his crew Bakerie, which consists of Seanie P, Tommy Grooves and Geniuz F. As a solo artist and producer, he has collaborated with many renowned artists across Asia including Jackson Wang, MC Jin, Tizzy T, LMF, Lexie Liu, MJ116 and more. He released his sophomore album Good, Bad & Ugly through Warner Music Hong Kong's urban label F Records. Featured on the album include Jackson Wang, Hanjin Tan and more. Following the release, Dough-Boy embarked on his Hong Kong & China album tour, selling out a handful of stops. Dough-Boy has worked with many brands throughout his career as a rapper - in 2019 alone, he was an ambassador for brands such as Chanel, Adidas Originals, Vans, Places + Faces, Havana Club, Sankuanz and CLOT.