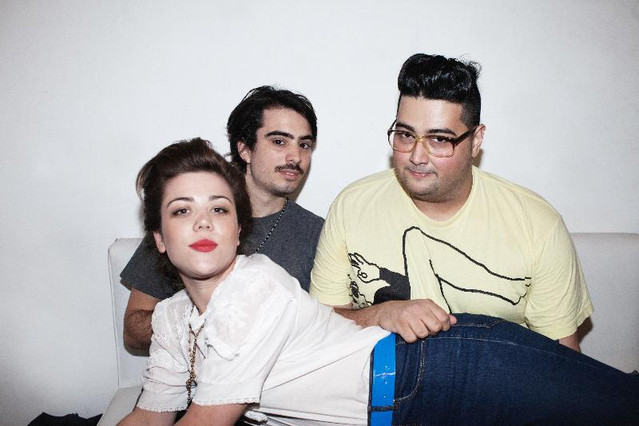 Pumping out bass-heavy dance beats laced with unlikely samples and paired with goofy but salacious raps, Bonde do Rolê are one of the first acts on Brazil's funk carioca (or baile funk) scene to gain an international audience. Consisting of lead MC Marina Ribatski, MC and producer Pedro D'eyrot, and DJ and producer Rodrigo Gorky, Bonde do Rolê offer up a willfully warped variation on funk carioca, merging their beats with odd but obvious samples from the likes of Alice in Chains and Tone-Loc while Ribatski delivers bizarre rhymes about kinky sex and partying of all sorts; as D'eyrot puts it, "The joke is to be as stupid and cheesy as you can be." Bonde do Rolê had earned a sizable fan following at home when they attracted the attention of American DJ and producer Diplo, who heard them during a visit to Brazil. Diplo fell for the group's wild music and frantic stage show, and signed them to his Mad Decent record label in the U.S., while the respected British label Domino struck a deal with the group for Europe. After blowing many minds during their performances on a brief American tour in the spring of 2007, Bonde do Rolê prepared to release their first album with Diplo, With Lasers, in the summer of 2007. ~ Mark Deming, Rovi