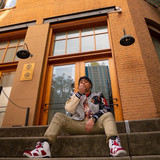 Kez Cannon (known professionally as Kez) is a rapper, singer, songwriter out of Austin Texas . Kez spent most of his childhood in Texas but recently moved out to Los Angeles to further pursue his career . He began to write music in high school and eventually released his first project "Flavors" in March of 2017 . Kez's main influence were his parents but says he looked up to people like : Kobe Bryant , Michael Jordan, Muhammad Ali , Malcolm X & Tupac Shakur . He attributes his music style to people like : Drake , J. Cole , Chris Brown & UGK

. Kez is an old soul with a new school approach giving a blueprint for the future generations to come .