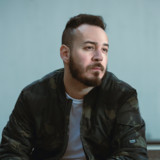 Ahmed Rommel started his career in melodic dance music in a young age. Ahmed Rommel belongs Jordan. He took 4 years to learn music production. He, additionally, spent his time experimenting with various sounds. In 2007, he decided that Trance was indeed the genre he wanted to opt. He has been involved with labels like “FSOE Recordings” as well as the Turkish label “Blue Soho Recordings”. His first single, “Only For You”, was released on Blue Soho with the “Arctic Moon Remix” which topped radio shows as well as download charts, and eventually gained recognition from a number of DJs. Due to his successful productions, he received “Future Favorite” votes on “A State of Trance” by Armin van Buuren. His single, “Victory”, came up on the list for the ASOT TOP 20 of 2013 which was voted by listeners. The single was considered "one of the most melodic singles". Ahmed Rommel Played along side Aly & Fila in FSOE 300 Amsterdam, FSOE 400 Melbourne, Australia & FSOE 450 Luxor, Egypt, in addition to other gigs around Europe.