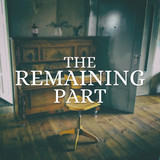 Despite the Corona pandemic and the bad situation for the music industry, the Danish/German songwriting trio stayed creative and retreated to their small Berlin studio to rearrange the songs of their debut album. The result is the counterpart to "Northern Tales", their debut album: instead of opulent instrumentation, they prefer to play one note less and hold one chord longer in their piano versions. You can hear simple, sparsely composed piano arrangements and the solo voices of Sharyhan Osman and Line Bøgh, which sensitively merge with the choir voice of Maxi Menot. Thus, it is mainly quiet melodies, the balanced and nuanced sound of the piano and the spherical choir passages that make the album a melancholic dreamy one.