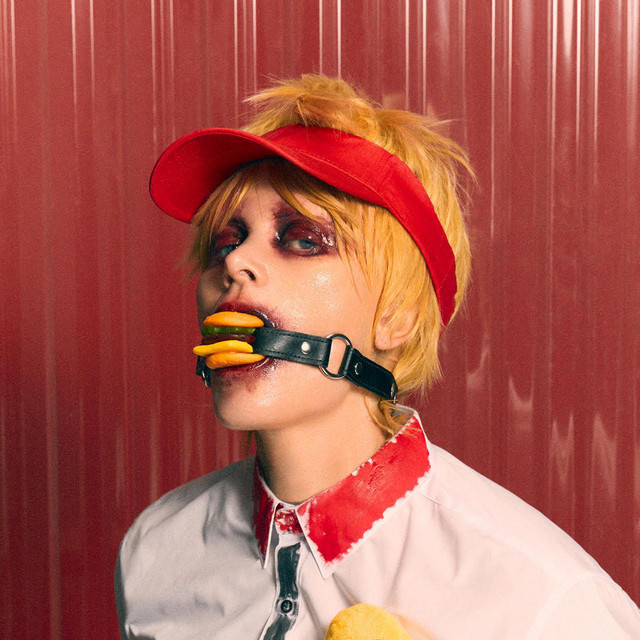 The solo project of the Knife's Karin Dreijer, Fever Ray broadens and deepens the shape-shifting electronic pop of their former group, allowing them to explore different identities -- and their meanings -- even more fully with their music and imagery. On 2009's Fever Ray, Dreijer's moody character sketches used the icy atmospheres and pitch-shifted vocals they perfected with the Knife in more personal and intimate ways. On 2017's fiery Plunge, they delivered frequently thrilling manifestos on queerness, politics, and desire. With each Fever Ray release, Dreijer pushes artistic boundaries, questions society's limitations, and challenges listeners. Born in Gothenburg, Sweden, Dreijer began playing guitar at age ten. After working as a web designer, in the early '90s they founded the band Honey Is Cool, who released several EPs and a pair of albums (1997's Crazy Love and 1999's Early Morning Are You Working?) before calling it quits in 2000. Following the group's disbandment, Dreijer focused their energy on the Knife, the electro-pop project they formed with their brother Olof in 1999. With 2001's The Knife, 2003's Deep Cuts, and 2006's Silent Shout, the Knife became one of the most musically and visually inventive acts of the 2000s, thanks to their vivid, sometimes unsettling songs and flair for striking costumes and design. Dreijer began working on Fever Ray after they had their second child and the Knife finished the Silent Shout tour. After working on demos and song ideas on their own, they then collaborated with producer Christoffer Berg, who had mixed the Knife's music. Word of the project surfaced in mid-2008 and the first music, an instrumental version of "If I Had a Heart," appeared on Fever Ray's MySpace page a few months later. Fever Ray was available in January 2009 as a digital download, and the album was physically released that March. After Fever Ray's release, Dreijer juggled a number of different projects. Later in 2009, they wrote the music for Dirty Diaries, an anthology of feminist pornographic short films. They also returned to the Knife for Tomorrow, In a Year, an opera inspired by Charles Darwin's On the Origin of Species that also featured Mt. Sims and Planningtorock; its music was released in 2010. The following year, Dreijer contributed the song "The Wolf" to the film Red Riding Hood and composed the score for a stage adaptation of Ingmar Bergman's 1968 horror film Hour of the Wolf. After the Knife released 2013's Shaking the Habitual and went on an extensive tour captured by 2014's Shaken-Up Versions, the duo disbanded. Along with working on Fever Ray material, in 2016 Dreijer composed and produced the music for the play Vahák. In 2017, they issued the Fever Ray single "To the Moon and Back" shortly before the surprise release of October's full-length Plunge (the album received a physical release in February 2018). At that year's Swedish Grammys, Dreijer and the rest of the production team behind Plunge won the Producer of the Year award. The 2019 concert album Live at Troxy documented Plunge's ambitious live show, which featured Dreijer working with many collaborators who are female or non-binary and over the age of 40. ~ Heather Phares, Rovi