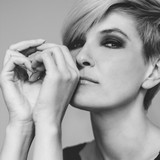 Ksenia Kamikaza is a DJ & producer, born in Riga / Latvia, but now based in Tbilisi / Georgia. She’s spinning records in places like Dommune in Tokyo to fabric in London, and losing herself in music and dust at Burning Man project. The style can vary from house to techno, still dj sets are always full of wild energy coming from the depth of her heart. Festivals & clubs like Kater Blau / Berlin, Khidi / Tbilisi, GAMMA / St.Petersburg are on her list for a long time. As a music-producer Ksenia Kamikaza has released several EPs, and in year 2015 she published her debut album "Japanese Georgians", which has been true musical experimentation and self expression: it includes Ksenia’s love and vision of downtempo, IDM, broken beats and techno. You can find her releases at Different Is Different, Volute Records, Datenbeats Recs. The host for Intelligent Beats radio show at Silver Rain Radio (Russia) and RTS.FM live stream in Georgia and Latvia. In 2007, Ksenia founded the Platz fur Tanz label. During her career, Ksenia Kamikaza has played in more than 20 countries alongside with such artists as Dasha Rush, Vatican Shadow, Answer Code Request, Dax J, Sigha, Regal, Developer, François X, Thomas Hessler, Prequel Tapes and other influential names on techno scene. Having good connections with artists, in year 2017 Ksenia and a team of true music fans have decided to organize electronic music festival called UNDER in Riga. It has became a good tradition and is happening annually.