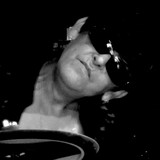 Billie Davies is an American, self-taught, a natural drummer and composer best known for her free, instinctively avant-garde compositions since the mid nineties, and her improvisational drumming techniques she has performed in Europe and in the US. All of her music is improvisational ... a conversation between musicians and musical instruments, a joint emotional expression inspired by a certain feeling, thought or perspective that is being communicated. While living and playing in the South of France, in the early 1980's, Billie received a talent grant from Max Roach to study at Berklee College of Music. https://en.wikipedia.org/wiki/Billie_Davies While living in Hollywood in 2013, Billie Davies received the "Jazz Artist of the Year" Award by the 23rd Annual LAMA. In 2014, after 25 years in California where she released 2 albums, “ @allaboutLove ” and “ @12VOLT ”, she moved to New Orleans where she released “ @HandInHandInTheHandOfTheMoon ”, and where she formed a solid trio with Evan Oberla and Oliver Watkinson and released 2 albums with them, “ @OnHollywoodBoulevard ” and “ @PerspectivesII ”. She received more attention due to Downbeat Magazine's May 2016, "BILLIE DAVIES '20 Years Stronger'". " @On Hollywood Boulevard " became a January 2017 Editor's Pick on DownBeat.com. 2017 Billie Davies was nominated "Best Contemporary Jazz Artist" in New Orleans by 2017 Best Of The Beat. 2019 Billie Davies was nominated "Best Drummer" in New Orleans by 2019 Best Of The Beat.