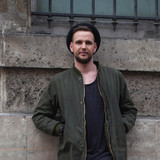 Imaginary power, empathy, musical version, and, of course, an unmistakenably good hand for the trends of the future – all characteristics that set the good artists apart from the fabulous ones. DJ and producer David K. from Leipzig boasts all four of them in abundance as he has proven with his celebrated remixes for Robin Schulz, Tiesto or Faul. Just in time for the upcoming summer festival season, David K. now is about to hit it off. His program includes his brand new club board “Like The Dawn (David K. Remix)”. He is just about to arrive at the top of a very new generation of DJs and producers. Instead of striving for constantly throbbing bass-lines and numb hands-in-the-air parts, they rather take to atmosphere and emotion, with music the crowds can actually dance to. With his mixes, tracks and edits like his well received debut “Meet You“ and its follow-up “Open Eyes“, which was just as well appraised, David K. has, within shortest time from 2012 on, won himself an ever growing fan base. Today this Leipzig artist is traded as The next Big Thing in the European Deep House scene. An upcoming shooting star that has the best chance to seriously challenge the throne of Robin Schulz, currently the most successful German club hits “supplier”, himself. As early as at the beginning of the year, an absolutely flashed crowd got to see the amazing David K. at the Winter Music Conference in Miami after Robin Schulz at the turntables.