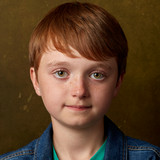 Cormac is an independent artist aged 12 and lives in Darwen (England). Always an enthusiastic member of his school choir, Cormac is also a member of the National Youth Choir of Great Britain (NYCGB) and a former member of The Hallé Children’s Choir. When Cormac was 9, he had the honour of being chosen to perform Walking in the Air, accompanied by The Hallé Orchestra, at Manchester’s Bridgewater Hall and he has enjoyed performing at the Royal Concert Hall (Nottingham) and Elgar Hall (Birmingham) with NYCGB. Always keen to give back, Cormac has raised £500 for the Air Ambulance N Ireland through a sponsored sing and performed with Carrot Productions at a Christmas concert for the children who were patients at The Royal Manchester Children’s Hospital. As the global pandemic took hold and the UK went into lockdown, Cormac couldn’t see his Nannie, who lives in Northern Ireland, so his family helped him record videos of him singing her favourite song, Danny Boy. These videos were seen by Decca Records and Cormac was very fortunate to be offered a recording contract with them. During the summer of 2020, Cormac recorded his debut album ‘Hear my Voice’ which charted at # 11

UK classical chart (#2 Specialist) and #3 in Australia's Aria Classical Crossover chart aside charting up to #1 around the world on iTunes.