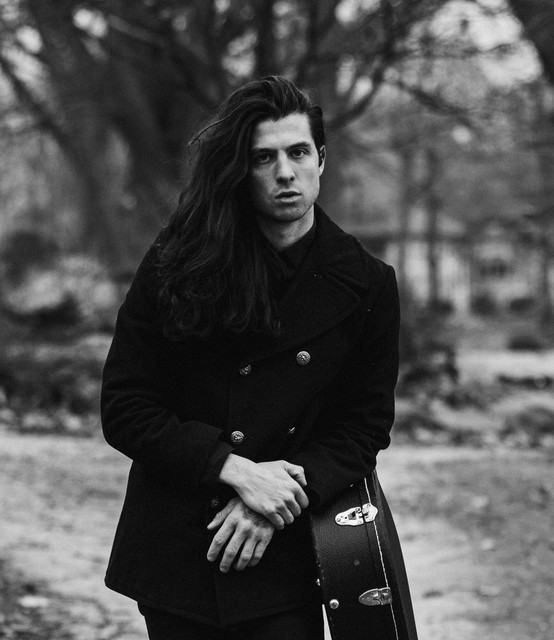 A soulful rock singer/songwriter whose rugged vocals and moody approach recall a mixture of Jeff Buckley, Joe Cocker, and Bruce Springsteen, Ontario native Billy Raffoul spent the latter part of the 2010s delivering a succession of increasingly popular EPs and singles like "Acoustic" and "Dark Four Door," which were streamed in the millions. He made his full-length debut in 2020 with the stripped-down International Hotel. Raffoul was schooled in music from a young age. The son of respected regional solo artist Jody Raffoul, Billy spent his childhood immersed in the finer points of rock history, watching his father perform and learning to play guitar himself. By his late teens, he'd begun performing around his hometown of Leamington, Ontario and nearby, writing songs and honing his stagecraft. A session vocal gig in nearby Detroit proved to be his first real break, leading first to a management deal, then to a record deal with Interscope. Splitting his time between Nashville and Los Angeles, Raffoul released his debut single, "Driver," in the spring of 2017, with the 1975 EP arriving the following year. A prolific 2019 saw him issuing the single "Hell or Highwater," written for the PlayStation game Days Gone, following by the Running Wild EP, a live release, and additional singles like "Easy Tiger" and "When We Were Young." Moving from support slots to his own U.S. headlining tour, Raffoul kicked off 2020 with the uplifting "It's a Beautiful Life" in advance of his next EP, A Few More Hours at YYZ. Although his various EPs dabbled in a variety of styles, for his first long-player, Raffoul opted for a starker approach. Essentially recorded live with just a pair of mics, an acoustic guitar, and harmonica, International Hotel was released in mid-2020 and marked a new direction for the young artist. ~ Timothy Monger, Rovi