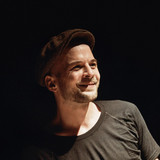 When it comes to defining the space between classical and electronic music, hardly any other name is mentioned as often as that of the Berlin-based pianist, composer and producer Nils Frahm. His unconventional approach to an age-old instrument, played contemplatively and intimately, and on a mesmerizing scale through his vast stage shows, has won him many fans around the world. Frahm’s breakthrough album Felt was released on Erased Tapes in 2011. Two years later, he returned to critical acclaim with his album Spaces, expressing his love for experimentation and answering his fan’s call for a record that truly reflects what they experience during his live shows. Following the release of his album All Melody in 2018, Frahm set off for another two-year-long tour, with over 180 sold out performances including New York’s Brooklyn Steel, L.A.’s Disney Hall, and the Sydney Opera House. In December 2020, he released the concert film Tripping with Nils Frahm, trying to freeze a moment of this journey and capture his concerts in picture and sound. The film is produced by the newly-launched label and production company LEITER. Continuing his annual celebration of Piano Day, Frahm shared the previously unreleased nine-track piano album Graz in March 2021. His latest single Desert Mule as well as the seven-track album 2X1=4, which will be out on LEITER in September, finds him unexpectedly exploring a dub-influenced universe with his long-time collaborator F.S. Blumm.