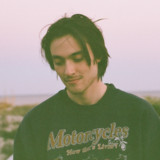 Ben Zaidi's music combines the lyrical edge of spoken-word poetry with the soft lushness of electronica. Written and produced by himself in his bedroom, his songs bleed with the intimacy of a private journal. Zaidi grew up in Seattle, surrounded by the natural serenity of the Pacific Northwest. While still in high school he began writing songs that caught the attention of local labels and, ultimately, Harvard University, where he enrolled to study music and poetry. In his dorm room he honed a unique sound that blended the confessional songwriting of Blue-period Joni Mitchell with the sonic minimalism of James Blake. He developed a following online, relocated to New York City, and by 2019 had sold out multiple shows on his debut headline tour and earned a "Top 20 Albums of the Year" nod from the Seattle Times for his collab LP with Budo, "ABANDONISM." As his music has expanded outward, Zaidi’s pen has turned inward––examining the self and its relationship to the outside world with unflinching honesty. His meditations on love and solitude often point to the paradox that the more connected we become, the more isolated we can feel. But ironically enough, it is the universality of these lonely feelings––the familiarity of Zaidi’s solitude––that pulls us right into the bedroom alongside him.