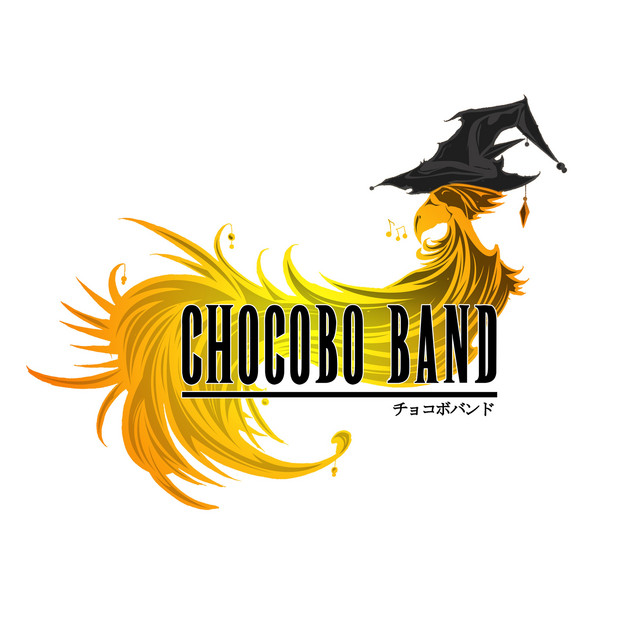 Chocobo Band was born in 2007, when Mike Pelillo (guitar/voice), Gabriele Lei (bass guitar) e Riccardo Barbieri (keyboard), musicians and fans of Final Fantasy, attended the only Nobuo Uematsu’s show in Italy. Almost joking, the guys thought about forming a tribute band to the music of the Japanese composer. After three years, that idea finds the right conditions to become reality, drummer Alessandro Lugari, second keyboardist Giacomo Ferrari and second guitarist Salvatore Zappalà join the band. The setlist takes shape through coverings and reworks of The Black Mages pieces (Mr. Uematsu’s band, from 2001 till 2009), but not only. All the most famous compositions related to the Final Fantasy saga are taken into account, including some songs with female vocals. So, Chocobo Band decided to include a seventh element into the formation: singer Beatrice Bini. The line-up is now complete. The band offers both an electric repertoire, similar to The Black Mages, plus a semi-acoustic repertoire, ranging through the most beautiful soundtracks of the saga, for the first time in an unpublished groovy versions. Since its live inception in October 2014, the Chocobo Band has enjoyed great public acclaim - live in fairs such as Lucca Comics & Games, Festa dell’Unicorno, Mantova Comics, PLAY, NipPop and Modena Nerd, and on social networks . In 2017 comes "Shuffle or Groovy," the first album of the band that includes 10 tracks of the groovy repertoire of the band.