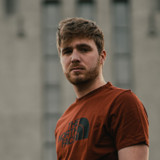 The up and coming Raw Hardstyle sensation Level One can best be defined by his demolishing screeches, thundering kicks and atmospheric melodies. Since beginning his production journey in 2012, Bas van Herpt has worked around the clock to manifest his characteristic signature style which can be heard in well-received releases such as "Moment Of Truth" with RVAGE, which gained over 2 million Spotify streams, End of Line release "The Question", "Victory" and “Temple Of Sin”.   Level One has made a name for himself and gained a loyal following from his recent gigs at events like Dominator, Rebirth, Intents, Dream Village, Sunrise, Loudness, Shockerz and Live for This.   Keep an eye out on this one, because Level One is certainly on the fast track to success!   Record Label: Scantraxx Carbon For Bookings: bookings@mostwanted.dj