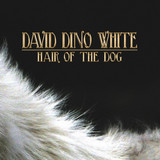 David Dino White is a progressive indie rock trio – David White [lead vocals, & guitar], Andrew Sowka [bass], Ben Leggett [drums] - based out of North Bay, Ontario. Since their founding in 2015, they have released two studio albums, toured Ontario four times, and performed at numerous festivals across the province including Up Here, River & Sky, and North Bay’s ‘Summer In The Park’ where they opened for Hedley in front of nearly 8,000 audience members. On January 1st, 2018, the band released a new single titled ‘No Honor’ and in February, David will be embarking on a solo tour along the west coast of Canada in support of a limited edition vinyl re-release of the bands 2016 EP, Hair of the Dog, which was nominated at the 2017 Northern Ontario Music and Film Awards for best engineering, best song, and best album. Follow David’s adventures in the airwaves on Facebook, Instagram, Snapchat, or YouTube @daviddinowhite or check out the full package at www.daviddinowhite.com