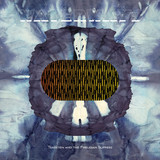 Tsarsten and The Freudian Slippers

Featuring Tsarsten and The Freudian Slippers

Tsarsten and the Freudian Slippers was founded in Norway in 2014 by bandleader Ragnhild Sarsten. The band combine genres with ease and their performances is often humoristic with colourful, multilayered lyrics. The music is performed on acoustic instruments and in concerts they often extend the band with brass and woodwind. Tsarsten and the Freudian Slippers have created their own musical universe with a mix of jazz, country, folk music, cabaret, balkan music, pop and rock. This variety of genres makes the music inimitable but at the same time familiar and captivating. The music can be described as popular music set within the framework of an orchestra. The lyrics present a concerned and pessimistic view on how the leaders of the world operate and the assorted and significant discrimination of the world population. The sustainability of the planet earth and the lack of environmental protection of it is also a pervasive theme in the lyrics.