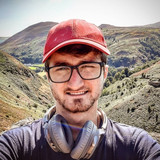 19 y/o EDM Producer started creating music 8 years ago when he discovered FL Studio 11. He has created under many aliases but is mainly known for his creations under Brostak which started his existence in music. January 2018 he started EDWRD because it was a way for him to express his music through a persona which was personal to him. In 2018 he signed on Bass Rebels No Copyright Music for YouTube Twitch Mixer Facebook Instagram with his track 10pm which has hit over 17,000 streams on Spotify and over 9,000 views on YouTube. The same year he followed with another track called New Chapter. This track is particularly personal to him because of his life experiences at the time. In 2019 he released Spirit which is fun house track that has over 14k streams on Spotify. In 2020 he released Take Care which is another personal track. It has over 20,000 streams on Spotify.