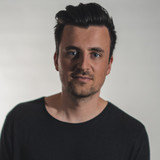 Luca Schreiner is a German DJ & producer who’s first successes came in the form of remixes, working with big names in the industry like OMI, Shaggy and Era Istrefi. More recently, Luca has continued his remix winning streak, supporting breakout hits from Louis Tomlinson, James Arthur, Alessia Cara, Kelly Clarkson, Clean Bandit and many more. He’s exclusively signed to Ultra Records, one of the leading music labels in todays music industry, where he has released several songs that gained millions of streams over various music platforms. The stats are impressive and speak for themselves, but they reinforce one thing: people love his music. Luca’s success has allowed him to play at some of the biggest clubs & festivals in the world like Marquee New York and the World Club Dome (Mainstage) alongside artists such as Don Diablo, Felix Jaehn, EDX and many more. He’s just getting started, so watch out for more tunes from the young phenom!