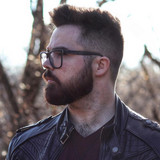 Pelham is living proof that raw talent, ambition and determination can still prevail in the ailing music industry.   Based in Minneapolis, Pelham’s music has been described as lush with addicting synth progressions, an edgy but soulful vocal approach, and plenty of pop sensibility. Undoubtedly unique and unwavering in his commitment to his artistic vision, Pelham portrays an intellect and maturity that penetrates through his music. After being told by countless authorities and peers that the music industry is a “hopeless” field to enter, Pelham has developed a thick skin and confidence that seeps through his voice and into his music.   Appealing to multiple genres and ages, Pelham’s emotionally driven lyrics and powerful voice captures the thoughts of heartbreak, loneliness, adventures, love and everything inbetween.   In 2017, Pelham released his first LP “Home”. A portrayal of his instrumental, indie sound, Pelham’s songs are often compared to the likes of Bon Iver and The 1975.   With lyrics and melodies that truly connect with people, Pelham has spent his time performing coffee shops, bars, festivals and public events across the U.S. Most notably, Pelham has shared the stage with Allison Iraheta + Halo Circus, Kiernan McMullan and Seabird.   Pelham’s original music is driven from life experiences that fostered the gifted mind of this uniquely talented artist.