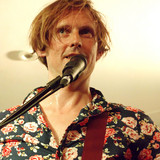 Fragile Creatures formed in Brighton in 2012. After 7 long years of art school Adam Kidd landed a publishing and recording contract and they were off. He'd always been in bands and often they featured Tom Alty and Aaron Neville. A shared love of making noise transcended the usual limitations of genre. They recruited James Crump to play the drums then Adam Whittles to play the bass guitar. Soon they were having a wild time recording in nice studios and playing in scuzzy bars. Unfortunately their publisher passed away. And Other Wild Things got held up for 2 years. The band decided to try independence. They released Heart Beat EP in Spring 2019 to test the water. Self-recorded and self-released it was a promising batch of songs. Punk Yacht, the second album, was an even stronger prospect. They teamed with old pals Tristan and Aaron Maclenahan to mix it. The album sounds much bigger than the room they recorded it in. The global pandemic dented plans for the release, as you'd expect. Still, the record reached more ears than their label-backed debut. That love of noise making has not dulled with time. The boys have gotten better at recording and writing and playing. They are sitting on the best songs of their career so far and those songs are about to hatch. They still laugh at farts. Adam Kidd still tries to say a lot with a handful of words. Life is always a work in progress, it's the living of it that matters. We're never going to give up on you.