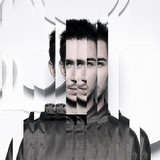 His music is definitely able to be noticed. The unique style of Cepasa was created at the interface of downtempo, house and techno, but it was the vocals, deep sound and sensual melodies which made his music recognizable from the very first seconds. Cepasa introduced himself in 2012 with the release of his debut album ‘Doing Right’. Ukrainian musician and sound producer Pavel Lenchenko gets the inspiration in the newest music technologies of sound production, building rhythmic structures, analog and digital processing of live instruments . The live-performances combine the character analog sounding of synthesizers and drum-machines with the vibe of live guitars and vocal. Since the start Cepasa has recorded 3 studio albums, the album of remixes, the authorial sample library for Primeloops, the exclusive mix for Data Transmission, has released the music videos to the tracks "Other Place», «Delicious», «Always Beautiful» and «Better With You». Over the last few years Cepasa’s music has become the standard of quality and excellent music taste. Ukrainian, British and American music blogs describe Cepasa as «an incredibly talented in interesting artist’, Dj Mag issues his sample library «Deep Electronica» and the live-performance »White Noises» is rated as one of the best Ukrainian concerts of 2016. In 2017 Cepasa won the nomination 'New Breath' in the Ukrainian national music award 'YUNA’.