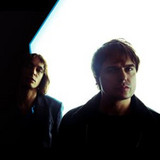 Deep Sea Arcadeʼs reverberated brand of psychedelia recalls guitar-based music from across the ages, yet with a character and charm that is undeniably unique. The group began as a home recording project for founding members Nic McKenzie and Nick Weaver while in their mid teens. Using four-track tape recorders, broadcast microphones and unconventional computer programs, the duo created a sinister backdrop to contrast with their penchant for pop-song structure and melody.

After years developing a large catalogue of demo recordings, McKenzie and Weaver banded together with drummer Carlos Adura, and guitarists James Manson and Simon Relf, to give the music an energy and scope that was previously out of reach.