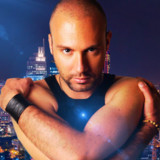 Director, author, songwriter, film producer, artistic director and writer. I need you is his second song which introduces the pop dance album to be released in September 2021 entitled Nothing to lose. The new soundtrack of the film Diversamente, produced and directed by Max soon available on Amazon Prime. During his career, Max, performed with Fabrizio Moro, Alex Britti, Niccolò Fabi and Gianluca Grignani! In addition, he wrote for the singer Raf and Simonetta Spiri and directed some videoclips for Andrea Mirò, with the collaboration of Enrico Ruggeri, Fabrizio Moro, Daniele Azzena; and for the Norwegian artist Lean and the Canadian singer Jacynthe. For about 20 years, Max has also worked in the Italian and international film field as film director, script writer and producer with the company Reset Production.