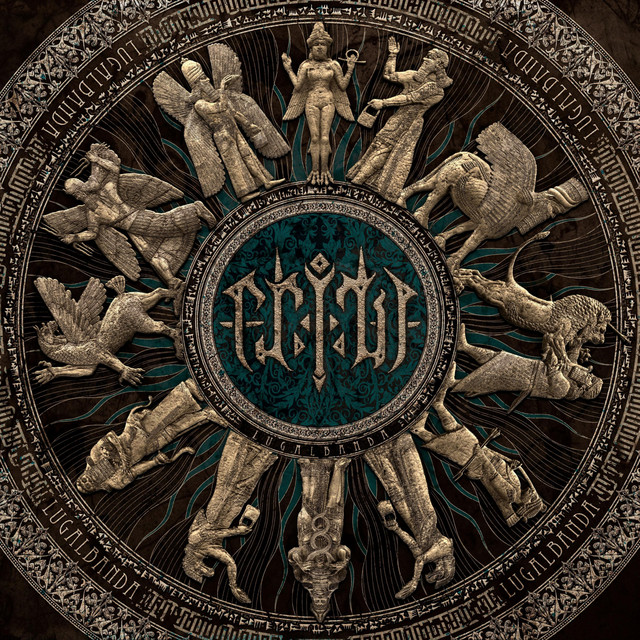 With the album Lugalbanda, the band Eridu revives the legacy of the long-lost Mesopotamian civilization. Named after the oldest city in Mesopotamia, the formation from Munich is opening a new chapter of Oriental Extreme Metal and evolves in the same atmosphere as the band Gilgamesh, active since 2011. Following the huge success of The Awakening, Gilgamesh's first album, the mastermind Enki (vocals, lyrics, composition) continues in the same musical and thematic influences by creating Eridu in 2017. In a world where society is submitted to vengeful gods, Lugalbanda tells the epic tales of the eponymous king of gods, Gilgamesh's father, and intertwined ancient stories with death and black metal. The 10 songs carry the listener through legendary battlefields, obscure ceremonies, and mystic rituals. Christoph Brandes from Iguana studios took care of the mixing and mastering of Lugalbanda. He is also the experienced ear behind FinsterForst, Imperium Dekadenz as well as Necrophagist's legendary Epitaph album. Driven by fast tempos and blastbeast-oriented drums, Eridu builds a bridge between a pounding Death metal and a melodic Black metal - where gloomy riffs meet an epic wall of sound. Designed with oriental narrative structures, Eridu stands for a sophisticated and diverse extreme metal that blends the boundaries between genres. Fans of Nile, Melechesch, Behemoth, and Keep of Kalessin will get what they're looking for.