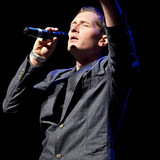 Tha Gate Keepa is a musician based in Kelowna, BC, Canada. He has been making music for about 10+ years now and has been nominated for Rap song of year at the GMA's in 2016 and 2019, a holy hip hop award for breakthrough artist of the year in ATL, won Producer of the year in 2014, and was chosen to perform at Creation Fest in 2014 and 2015. In 2013 Kris was able to perform at RUSH Conference 2013 and there were about 5000 in attendance. He is part of a production team (Soundamentalists) that includes Truevined member Tonye. Soundamentalists have been very successful working with many independent and signed artists. Tha Gate Keepa has been producing for about 10+ years and has had his work featured in 10+ music videos. Beyond the award nominations and opportunities his main focus in life is to see lives changed and to encourage others that life is worth living. Through prayer and thanksgiving we can make it through any storm. www.gatekeepamuzic.com