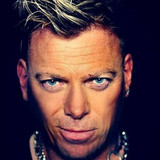 In the late 80's Pat started his music career as promotion boy at Antler-Subway Records. At that time nobody could have thought that he would become one of the driving forces behind this company. On the one hand he set up the successful record label Dance Opera, which soon became one of the most popular dance labels in Europe. On the other hand he was very busy in the studio working on projects like Adams & Krimson, Cold Sensation, DLM, Nunca, Ravebusters, Ultra Shock and of course 2 Fabiola. With 2 Fabiola he scored one hit after another: 'Play This Song', 'Lift U Up', 'Freak Out', 'Magic Flight',... Songs that topped the charts in Belgium, Spain, Italy,... In 1996, Influenced by popular U.K. concept clubs he started with Atmoz nights in different clubs in Belgium. The Atmoz concept soon became extremely popular with Belgian and Dutch clubbers. In 2000, after he had won several awards with his dance acts, Pat decided to move to Ibiza to enjoy the sun and the 'good life'. In 2009 the music virus came back and het picked up his 'old' life touring with 2 Fabiola and deejaying in clubs and festivals all over Belgium and Holland. At this moment Pat is touring as DJ all over... In 2020 he had a great release with 'Summer Vibe'.