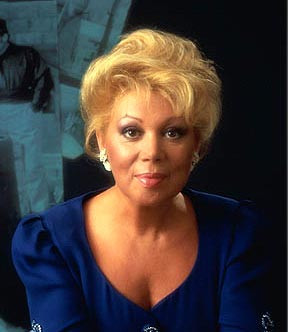 Mirella Freni was the textbook example of a lyric soprano who expanded wisely to the spinto roles, conserving her voice so that even in her sixties, she still possessed enough vocal freshness and bloom that she made a credible Mimi in theaters all over the world. (In Italy, one of her nicknames was "La Prudentissima," or "the most prudent one.") She was also a highly sympathetic actor in both comedies and more serious roles. Freni was born on February 27, 1935, in Modena, Italy. In an amusing coincidence, she and Luciano Pavarotti shared the same wet nurse as a child (both of their mothers worked in a tobacco factory, making their milk unsuitable), and she later joked that he obviously got the bigger share of the milk. Freni was a child prodigy, singing "Sempre libera" in her first public performance at the age of ten. At 12, she made her broadcast debut singing "Un bel di" in a radio competition. Beniamino Gigli, a competition judge, warned her that she could damage her voice if she continued to sing opera with her voice still so undeveloped. She waited until she was 17 to begin studying again. Her new teacher was Ettore Campogalliani, whose most-celebrated student had been Renata Tebaldi. In 1955, Freni made her stage debut as Micaela in Carmen, one of her favorite and most effective roles. She briefly postponed further career development when she married conductor Leone Magiera and had a child (whom she named Micaela), but resumed singing again in 1958, when she won the Viotti Competition in Vercelli, Italy. The prize was the role of Mimi in La bohème in Turin, a role in which she later made her Met, La Scala, Chicago, and San Francisco debuts. In 1960, she made her Glyndebourne debut as Zerlina, in 1961, her Covent Garden debut as Nanetta in Falstaff, and in 1963, her La Scala debut as Mimi in the now-famous Zeffirelli production La bohème; Herbert von Karajan was the conductor for this production, and he became one of her prominent supporters. He encouraged her to move toward heavier repertoire, such as Desdemona in Otello, which she first sang with him in 1970; she later filmed Otello with Jon Vickers and Peter Glossop, which was directed and conducted by Karajan. At that time, he declared that he had waited 40 years to hear such a Desdemona. She started to add more lirico-spinto roles to her stage repertoire and also filmed the title role of Madama Butterfly with Karajan. However, she refused to sing the title role of Turandot when he asked her in 1980, and he subsequently refused to work with her again. In 1981, she married Nicolai Ghiaurov, who encouraged her to examine the Russian repertoire. She began to add Russian songs to her recitals, with his coaching, and then in the late 1980s, she sang the role of Tatiana in Eugene Onegin. In 1990, she took on Lisa in The Queen of Spades. In the mid-'90s, she started singing Giordano roles for the first time, not only Fedora, a role typically beloved by divas toward the end of their careers, but the title role of Madame Sans-Gêne, a comedic, even occasionally farcical role. Her final stage performance came in 2005 at age 70, at the Washington National Opera, where she performed the teenaged lead role of Ioanna in The Maid of Orléans. That same year, she was honored by the Met, celebrating the 40th anniversary of her Met debut and the 50th anniversary of her stage debut. Following a long illness, Freni died in her home in Modena on February 9, 2020. In 1990, she received the order Cavaliere di Gran Croce della Repubblica Italiana, and in 1993, the Légion d'Honneur.