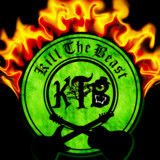 📌 About us/Bio: 🐺 Wolf, songwriter (music and lyrics), front man and acoustic guitar started around on 2011. He worked with some arrangers starting to learn how to arrange and how to work in a recording studio. At the same time he studied movie direction, shooting techniques, how to write subjects and film-scripts, editing and post production. 👁 After around 3 years Wolf met The Eye who joined the band taking care about website, graphics and merchandising: The Eye of what there is behind. 🧙‍♂️ After around another 2 years Wolf met The Wizard who joined the band as arranger, sound technician and keyboards: The Wizard of the Sound. Wolf and The Wizard studied for around 1 year the sound of the band: not the arrangement of the first song but the sound that the Kill The Beast Band had to have. 💥 The Kill The Beast Band has been launched after around 8 years of tough work: they are on the market since 2018. Now they are a Rock Band & Record Label connecting Music and Cinema: for each song they have a cover and a video mini-movie style. Every song is a single, they don’t make any song just to fulfill a CD. 🎵 They believe in both Music and Contents: Rock '70-'80 style (A Wall of Sound!) with lyrics speaking about true life. 🔥 Kill The Beast Band Motto: Stay With Us, Share Your Soul, You Are Not Alone Anymore 🔔 Subscribe to KTB YouTube channel: https://www.youtube.com/c/KillTheBeastBand 📨 Subscribe to KTB Newsletter: https://www.killthebeastband.com/newsletter/