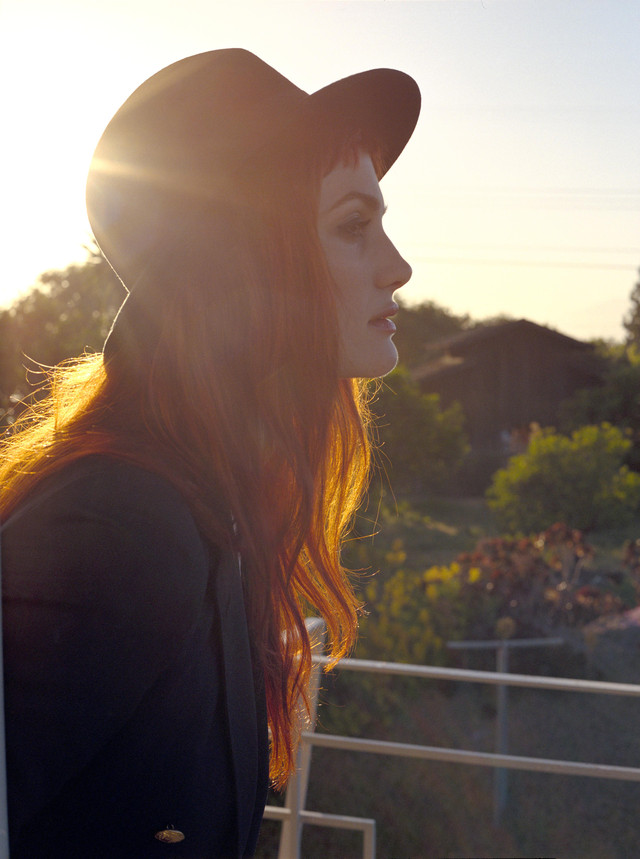 Though she was born in Seattle, singer, songwriter, and actress Alison Sudol spent most of her life in Los Angeles, having moved there with her mother when she was five years old. She began playing piano as a teenager, with bands like Coldplay and Keane inspiring her whimsical, pop-minded music. After recording several compositions and sending out the resulting demo, the singer received an immediate response from Capitol Records' Jason Flom, who came to Sudol's house to hear her play and soon signed her to a record contract. Following a South by Southwest appearance in March 2007 (opening for the Stooges, strangely enough), Sudol -- who chose the name A Fine Frenzy (taken from a line in Shakespeare's A Midsummer Night's Dream) as the moniker for her musical efforts -- released the full-length debut album One Cell in the Sea. With the album hitting stores in July, Sudol widened her audience by opening shows for Rufus Wainwright that summer. Her tastes expanded while on the road, and by the time A Fine Frenzy returned home, Sudol had become intrigued by the songbooks of Johnny Cash, Bob Dylan, and the Talking Heads. Such varied influences convinced her to take more risks with her songwriting, and she issued her sophomore effort, Bomb in the Birdcage, in mid-2009, embracing a wider palette of sounds in the process. A holiday-themed EP, Oh Blue Christmas, followed before the year was up. Pines, Sudol's third studio album, arrived in 2012. Beginning in 2013, Sudol focused on her acting. She appeared in the series Transparent, the mini-series Dig, and the Harry Potter prequel Fantastic Beasts and Where to Find Them. ~ Marisa Brown, Rovi