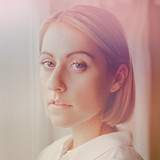 Dresage is singer/producer/writer/composer Keeley Bumford’s personal exploration of sound and texture. She creates lush synth and orchestral musings, allowing herself the freedom to inhabit many genres, from dreamy synth wave to indie art pop. Clash Magazine calls her “pop from an alternate universe driven by a commitment to personal communication...honest, creative and forever outside the box.” Among her collaborations, most notable is her feature with Jai Wolf on “Better Apart,” which has 5.7 million streams on Spotify. She has performed it live alongside him at Austin City Limits Festival 2019, a sold out Emo’s Austin during ACL, as well as at the sold out Shrine Auditorium in LA. Recently, she wrote, produced and performed five original songs as Dresage and co- scored the original Hulu/Blumhouse film, My Valentine, from the “Into The Dark” anthology series, released February 2020. She was also featured in the beloved YouTube series “4 Producers 1 Sample” with Andrew Huang, which resulted in her most recent release “HOLY” and has garnered over half a million views.   While sculpting songs that ponder feminism & mental health, Bumford is most passionate about spreading the autonomy of self- recording and production to women, BIPOC, and folx along the gender and socio- economic spectrums who have been historically kept out of such spaces. She regularly collaborates with femme-driven initiatives to bring more equity & training to upcoming producers. Her new EP arrives 2021