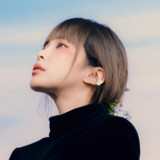 Korean singer/songwriter Heize finds inspiration in R&B, soul, and hip-hop, crafting a smooth blend of those genres with mid-tempo production, comforting vocals, and occasional rapping. Debuting in the 2010s, she issued a series of EPs until finally unveiling her first full-length, She's Fine, in 2019. Born Jang Da-hye in Daegu, South Korea, Heize made her breakthrough on the reality competition Unpretty Rapstar. By then she had already issued her self-titled debut EP, but after appearing on the show, her subsequent releases landed her on both the Korean and U.S. charts. Her appropriately titled third EP, III, contained a pair of Korean number one singles ("Don't Know You" and "You, Clouds, Rain"), and each successive EP pushed her higher up the charts, peaking in 2018 with Wind (which rose to number 12 in Korea and number nine on the Billboard World Albums chart). Her first full-length, She's Fine, arrived in early 2019 and included the Top Ten title track. She closed the year with her fifth EP, Late Autumn. ~ Neil Z. Yeung, Rovi