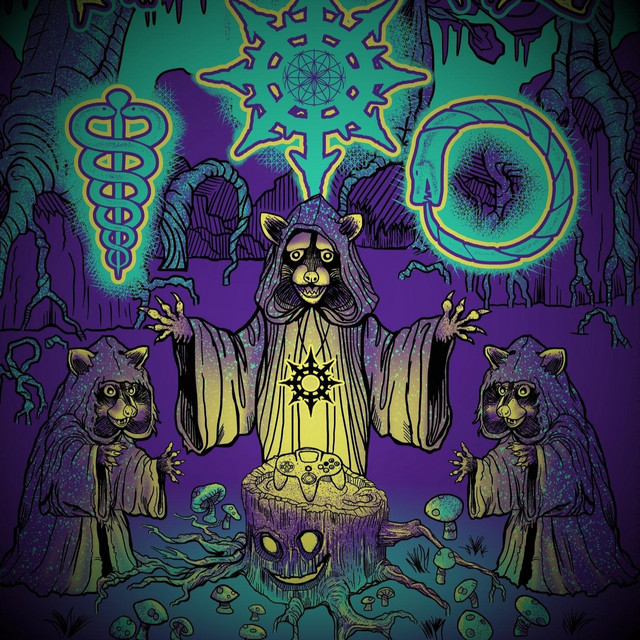 Raccoon City Massacre was formed in Jacksonville, NC in 2014. New Orleans guitarist Barrington Hebert founded the band alongside vocalist Carlos Avila. They quickly found a lineup, adding Cory Murdock (Guitar), Chris Newton (drums) & Jacob Reed (bass). Raccoon City Massacre bases its sound on a blend of nintendocore and other various styles of modern metal and psychedelic music. After Spring 2015'srelease of "Dimensions", RCM went on hiatus. Barrington and Cory relocated to New Orleans, LA and began compiling a lineup with Wesley Redmond taking over guitars for Cory as he transitioned to drums. Later, Zach Pago (vocals) and Bryan Draves (bass) were added to the mix to complete the band and release The Final Kairos EP. After the release of The Final Kairos, the lineup of the band changed several times. Brandon Todd Gates entered the picture during 2017, while Wes and Zach Pago departed from the band. Andy Gaudet took on the role as drummer as Cory took on the role as engineer for the band. Eventually, Hickman Plaisance was chosen to perform drums for the band. The band as of now is a three-piece consisting of Brandon Todd Gates (vocals), Barrington K Hebert (guitar), and Hickman Plaisance (drums). Instrumentally, each song is a reflection of various life philosophies into musical form. We make honest music for the honest hippie with primarily absurdist philosophical influence. Which means we literally play music to keep us from sane in this wacky wacky world.