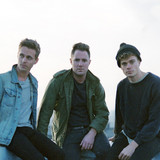 American indie group Wild Cub came together in early 2012 when songwriter/composer Keegan DeWitt joined forces with multi-instrumentalist Jeremy Bullock and began creating their infectious brand of electropop. DeWitt had become disillusioned with life in New York, and after being offered a promotion at his day job, he chose to quit. He moved to Nashville and focused his energy on forming Wild Cub alongside writing film and documentary scores. Once he met Bullock, the wheels were set in motion and the arrivals of drummer Dabney Morris, bassist Harry West, and synth/keys player Eric Wilson cemented the lineup. From there they wrote and recorded their debut album, Youth, which was recorded in Bullock's house after they'd taken it over to complete the songs. The record arrived in 2012 and was well received on both sides of the Atlantic. Alongside a number of high-profile tour dates and festivals in America, they won favorable reviews for their jubilant, '80s-inspired synth pop and infectious guitar hooks. In the summer of 2013, their single "Thunder Clatter" was used in a worldwide advertisement for Bose, and it subsequently reached the U.K. charts. In early 2014, their self-released album was reissued to greater distribution and with bonus tracks on the Mom & Pop Music label. After a long two years of cycling through "hundreds" of demos while DeWitt turned out a steady stream of film and television scores (HBO's Divorce, The Hero with Sam Elliott), the lineup of DeWitt, Bullock, and West returned in 2017 with their sophomore album, Closer. Included on the album was the buoyant lead single "Somewhere." ~ Scott Kerr