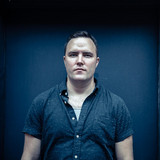 songwriter/producer/studio project from Dallas, Texas.   "In the conceptual notion of time and cycles, the art of music has taken on many faces and attributes, but one thing is for certain: What goes around comes around. Fortunately, where music and songwriting are concerned, that cycle will always bring a fresh and genuine approach which will set a new generation spinning. Joseph Wayne Miller is one such breath of fresh air in a scene that all too often becomes a stagnant parody of itself."   – Jeffrey A. Hopson Outlaw Magazine