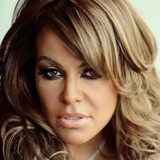 Vocalist and songwriter Jenni Rivera established herself as a major star in the regional Mexican market before her sudden death in 2012 made her one of the Latin world's most tragic stories. Rivera's specialty was banda, also known as corrido, one of the various Mexican styles that is extremely popular in Mexico as well as the southwestern part of the United States. Rivera was well aware of other Mexican styles, such as norteño, tejano, mariachi, and ranchero; in fact, the Mexican-American singer recorded norteño versions of some songs, but banda/corrido was her main focus. And the fact that Rivera was a major female star made her a rarity for the banda/corrido field. While Mexican music has had plenty of famous female artists over the years -- everyone from Rocio Durcal to Lola Beltrán to Selena to the controversial Gloria Trevi -- banda tended to be male-dominated. In the Mexican market, Rivera was given such titles as "La Diva de la Banda" and "La Primera Dama del Corrido." Although Rivera was of Mexican descent, she didn't actually grow up in Mexico. She was born and raised in Long Beach, California, the Los Angeles suburb that also gave us gangsta rap star Snoop Dogg. Rivera's parents had immigrated to the United States from Mexico, and she grew up speaking both English and Spanish fluently. Her father, Pedro Rivera, and her brothers both played Mexican music, focusing on banda/corrido, norteño, and ranchero -- and they did a lot to encourage her interest in music. When Rivera got to college, however, she didn't major in music but rather, studied business administration. She went on to work as a real estate agent, although she kept her hand in music and helped her father run his record company. Working in real estate didn't prevent Rivera from pursuing a career in music, and around 1994, she signed with Capitol/EMI's Latin division; her first album, Chacalosa, came out in 1995. Rivera made a few more albums for Capitol/EMI (including Adios a Selena) before recording for Sony's Latin division in the late '90s. In 1999, Rivera signed with Fonovisa, one of the top labels in the regional Mexican market. Her first Fonovisa album, Que Me Entierren con la Banda (which contained the hit "Las Malandinas") came out in 1999, and was followed by early-2000s releases that included Dejate Amar (which included the hit "Querida Socia") and Se las Voy a Dar a Otro. In 2003, Fonovisa released the conceptual Homenaje a las Grandes, which may very well have been Rivera's most ambitious album to date. The title Homenaje a las Grandes means "homage to the great ones," and the 2003 release found Rivera paying tribute to famous Mexican female stars such as Lucho Villa, Mercedes Castro, Rocio Durcal, Lola Beltrán, and Alejandra Guzmán. Subsequent releases during the 2000s performed well in the charts, and Rivera earned several nominations for the Latin Grammys. She died suddenly and tragically, however, in December 2012, when a plane carrying her and members of her touring organization crashed in the mountains of northern Mexico. Fans mourned and celebrated her career, and several posthumous releases topped the charts, including the compilation La Misma Gran Señora and live sets such as the two-part 1969: Siempre, En Vivo Desde Monterrey and 1 Vida, 3 Historias: Despedida de Culiacán and 2016's audio-video document Paloma Negra Desde Monterrey. ~ Alex Henderson, Rovi