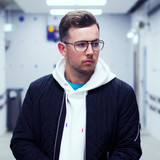 Heralding from the Netherlands, IZECOLD emerged onto the scene in 2015 with his Oxidize EP, however the following year would prove to be his calling card to the big leagues. With the debut of his single Swiggity, which premiered to the count of 7.4 million YouTube views, this put IZECOLD in a poised and ready position. His follow up, Close, saw an even bigger response, with a co-release between NCS and Future House Music, which racked up the artist even more support to his growing fanbase, including EDM juggernaut Martin Garrix.