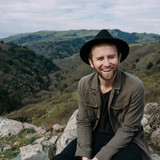 The Guest and the Host

Featuring The Guest and the Host

The moniker of music maker Andrew Heringer, formerly of Milo Greene.   Admittedly obsessed with the classic rock sounds and songwriting of the 60's and 70's - Heringer has holed up in a house in the hills underneath the Hollywood sign that he's transformed into a recording studio that he calls Mirror Wall.   Taken from lectures by Qigong master and spiritual teacher George Falcon, the moniker "The Guest and the Host" represents the separation between awareness and the content of awareness.   As a writer, producer, mixer and studio musician he's spent the last few years honing his sound collaborating with other artists (Damien Rice, Joshua Radin, Geographer, morgxn, Madi Diaz, Avid Dancer, Madi Sipes & The Painted Blue, Jon Bryant, Crywolf, Jens Kuross, Colyer, Chase McBride, Rivvrs) - finding moments in between to build a his own musical identity - The Guest and the Host.